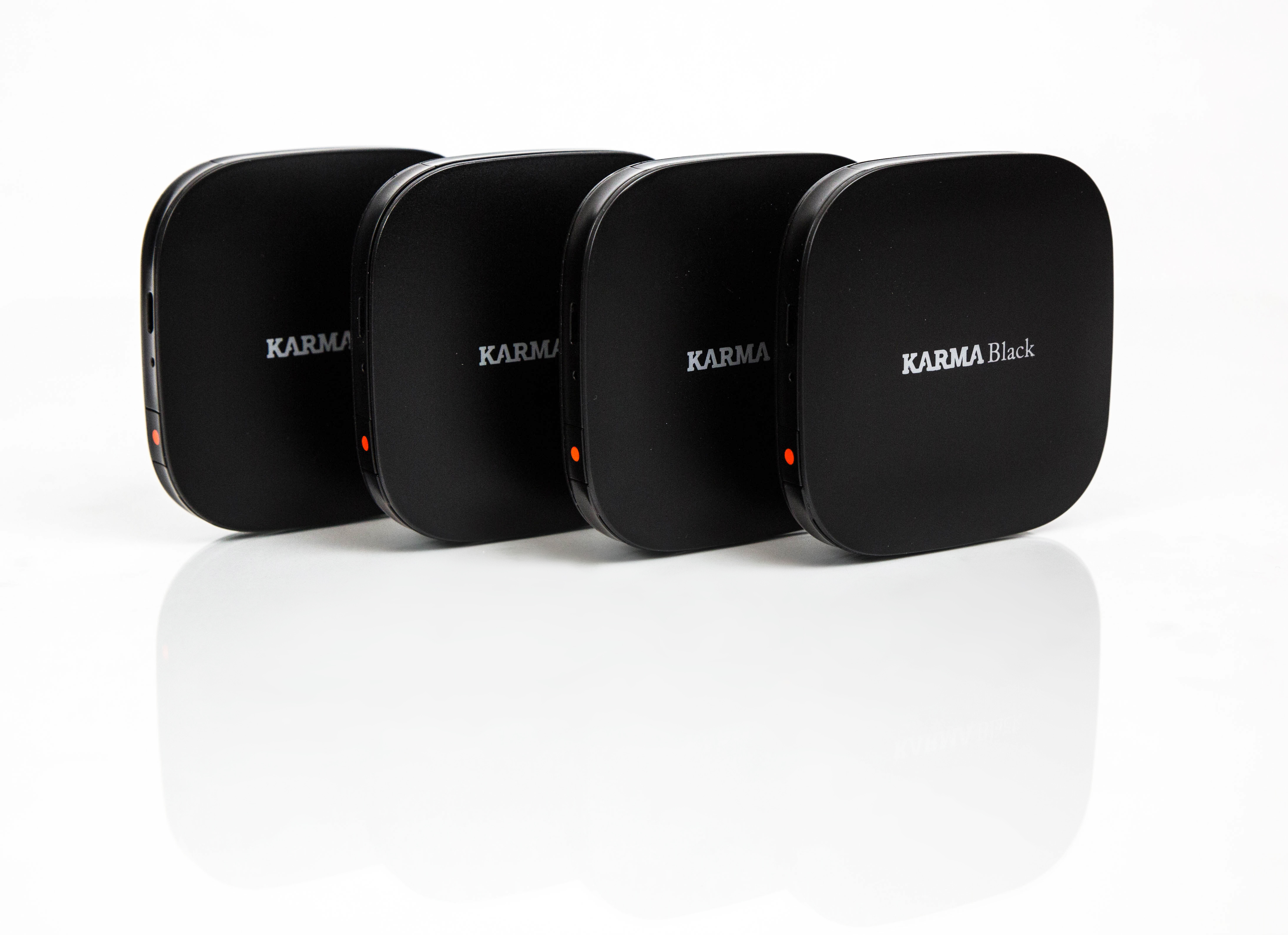 Karma Mobility, a leader in internet access technology, announces an initial shipping date of January 15, 2018 for Karma Black. Karma Black is a Personal Security Appliance (PSA) that will encrypt and anonymize your online activity, protecting your identity from invasive tracking, unknown surveillance and sale of your private internet habits.  Karma Black has opened device preorders for $149 through the January 15th shipment date. There will be a $19.95 monthly charge for security services. After the preorder period is over, the device will be sold at $249.

“In a time when the F.C.C. has voted to dismantle ‘Net Neutrality’, Karma has created a security product that provides an internet “buffer zone” to protect your identity, activity and location while online” says Todd Wallace, Karma Mobility CEO.  “Using Karma’s encrypted connection and relay network, all origination data and activity markers are scrambled to ensure that the content provider and others seeking to track users cannot determine the ‘what, when, why and how’ of your activity via the metadata delivered within the public network.”

By “Going Dark” (the Karma Black slogan) users benefit from an invisibility cloak to go ‘off the grid’ while surfing the public internet.   Mr. Wallace continued, “We wanted to create a product that allows consumers to feel protected while surfing the web. Karma Black is that product. Our users can freely consume internet content while knowing that no one is looking over their shoulders.  Consumers do not want strangers listening to their phone calls… they deserve the same security from intrusion when going online.”

Karma Black can be configured for WiFi bridging to connect to your existing home WiFi service.  This allows users to connect their smart phone, computer, streaming platform, gaming console and any other WiFi-enabled device to the internet through Karma Black without incurring any data usage charges.  Simply point your devices to a Karma Black instead of your home WiFi router and you are set for anonymous consumption of open internet services.

Want identity protection away from the house?  Just unplug your Karma Black and take it with you for 6 hours of mobile surfing before needing a recharge.  You can have the same high security protection using our nationwide LTE mobile network instead of your home WiFi.  Karma’s pay-as-you-go data rates are the best in the industry.

Karma Mobility began in 2012 with one simple idea: everyone should be able to get online, everywhere they go. Karma introduced the first peer-to-peer WiFi device that allows users to pay-as-they-go, with no contracts, and is made for sharing. Today Karma is the choice for people on the go who travel for work and leisure, or need an extra connection as a backup or for special circumstances. Karma continues to disrupt the WiFi with innovations like the best in market priced DRIFT pay as you go plan. Visit yourkarma.com for more information. Along with our plans, our mobile hotspot Karma GO is available for purchase at: https://yourkarma.com/wifi/pricing/

Karma was founded to create a future where internet access is ubiquitous, blurring the lines between internet at home, and internet elsewhere. We are devoted to making sure you never have to worry about getting online and created Future Facts of a Wireless World to communicate how that will happen in the next ten years.

Karma launched its first generation pocket-sized WiFi in 2012 and its second generation, Karma Go, in September 2014. Karma Go offers nationwide coverage so you can bring WiFi with you everywhere.

Karma is based in Irving, Texas

Karma Mobility, a leader in mobile internet technology, announces the acceptance of Bitcoin as a payment method beginning with the Karma Black shipments on January 15th. Karma Black, the first WiFi hotspot and Personal Security Appliance designed with cryptocurrency in mind.
27 Dec

Karma Black is a Personal Security Appliance (PSA) that will encrypt and anonymize your online activity, protecting your identity from invasive tracking, unknown surveillance and sale of your private internet habits.
25 Sep

Karma Mobility, the company that let’s you take WiFi everywhere at a lower cost than conventional WiFi providers, announced today that they are beginning a new “name your price” initiative for nationwide mobile data.
24 Aug

Karma Care Packages (KCP) are available for $99.95 only to students enrolled in a college or university with a .edu email domain

Karma Mobility, a leader in mobile internet services, today announced a new product targeted at the parents of college-bound students.